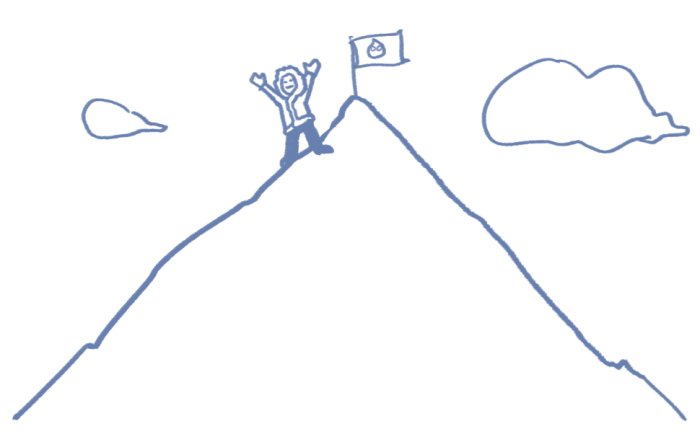 Drupal 8 RC2 is out and a full release is coming on November 19th! But, in order to make more great websites on Drupal 8, we need to port a bunch of contrib projects from Drupal 7 to Drupal 8. There are a LOT of contrib projects out there (over 12,000 modules, themes, and distributions!), so the new Drupal 8 Contrib Porting Tracker helps track these projects so the community can see what’s going on in a centralized place.

Angie Byron (aka webchick) wrote a great blog article on the idea behind the Drupal 8 Contrib Porting Tracker. TL;DR: Everything was everywhere for D8 ports, and now it will be in one place. To understand more about the motivation for the Drupal 8 Contrib Porting Tracker, check out the project page FAQs and this drupal.org issue’s comments on the history of its evolution and some other opinions on its worth.

Do you want to help this documentation process? Great! This blog post shows how you can contribute to the Drupal 8 Contrib Porting Tracker project. You do not need to be a core contributor or a contrib project maintainer or a coder or even know much about Drupal to help with this task!

First and foremost make sure that you have dreditor installed on your browser.

Step 1: Don’t redo what has already been done

Take a look at the Drupal 8 Contrib Porting Tracker Issue Page, and check if the project is already being tracked.

IMPORTANT: Make sure that you choose – Any – issues manually, since the drop down defaults to Status: Open issues.

For this how to, I am going to choose the module Nice Menus and add it to the list of contrib projects documented in the Drupal 8 Contrib Porting Tracker project.

Click Search and, in this case, no results appeared since the project hadn’t been added yet. Make sure you search several variants of the project name, including the machine name. For example, “Nice Menus”, “nice_menus”, and “nicemenus” (in case there is a typo). Note: If the project already is being tracked, you can update the issue for that project if you have additional information to add or more current information.

If a project is ported, in the process of being ported, or is not going to be ported, we want to create an issue in the Drupal 8 Contrib Porting Tracker. In other words, if the issue doesn’t exist, make it!

If we take a look at the Nice Menus’ Drupal.org project page, we see Nice Menus has a development release for Drupal 8. Great!

It’s also important to get a look into how the development is going for the Drupal 8 port, especially if there is not an official D8 version yet. You can do this by searching “Drupal 8”, “Drupal 8 port”, “D8 port”, etc. in the issues for the project. 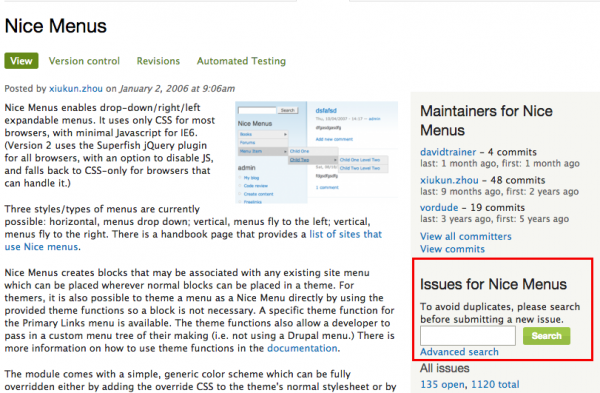 Looking through the issue queue for Nice Menus I saw that many users were having difficulty using the Drupal 8 release of the module. Now I know to put the status as “Needs work” (all the other status will be explained in the next section).